We're a Team of Marketing Experts dedicated to driving business growth and transformation in the businesses we partner with.  Marketing is an investment, we ensure you're investing wisely.

How To Measure Your Google Business Profile Success

7 Effective Ways To Market Your Business Without Breaking The Bank

7 Things Google Hates And How To Fix Them 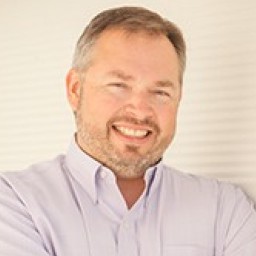 Whether you’re a Star Wars fan or not, you’ve probably heard the term Jedi Mind Trick. Maybe you’ve wished it were a real thing that you could harness – for good, of course – and use in your marketing.

I’ve got great news for you.

While the Jedi aren’t real, it is possible to use mind tricks – also known as cognitive biases – to grow your audience, get people to engage with your content, and buy your products. All you need is an understanding of how the human brain works.

What Are Cognitive Biases?

A cognitive bias is an innate flaw in reasoning. What’s useful about cognitive biases is that they are something we all share. We are all susceptible to them and that’s what makes them effective for marketing.

What’s especially interesting about cognitive biases is that they can work on us even if we understand what they are and are on guard against them. It is possible to avoid them, but it takes work and a real commitment to seeking out alternate points of view to do so.

There’s a field of marketing known as neuromarketing that is designed to use psychology to “hack” buyers’ brains. Keep reading to learn about some of the cognitive biases that can be useful in marketing and tips on how to use them to grow your audience.

The Bandwagon Effect has historical roots. Originally, the bandwagon was a parade float where a band played, and spectators would be encouraged to jump on the bandwagon. The implication was that the people on the bandwagon were having more fun than those who were on the sidelines.

Over time, the term became useful to describe the behavior in voters in the waning days of a political campaign, when people who were on the fence decided to vote for the person who seemed likely to win. A similar thing happens when a professional sports team is on the road to a championship and suddenly, people who never cared about them become avid fans.

You can harness the bandwagon effect by highlighting the popularity of your company or its products and services. Some ways to do that include touting the number of people who have visited your site, the number of downloads, or using a slide-in that announces each sale that you make. That last one is often used on landing pages and it’s extremely effective.

We have all experienced reciprocity bias. It’s what happens at the holidays when someone gives you a gift and, even if you’ve never exchanged gifts in the past with the person in question, you feel a need to give them something in return. When someone gives you something, you want to give back.

In marketing, there are many ways to trigger the reciprocity bias. One popular method is to create a lead magnet that you give away for free in return for a visitor’s email address.

Another way to use reciprocity to build your audience is to give away a free sample of your product. Samples are inexpensive and don’t cost much to provide but they trigger a desire in the recipient to make up for the fact that you gave them something for free. The easiest way for them to do that is to buy your product. You can use this bias with services as well. Many online software providers give away a free trial to get people to buy a subscription.

The scarcity effect is something people talk about every day. You’ve heard of FOMO! It’s the fear of missing out and it’s one of the most powerful cognitive biases to use in marketing.

When people know something isn’t going to be around for long – or it’s available in limited numbers – they are more likely to buy it than they would be if they believed there was an unlimited supply. We have all done it. Even when there’s something we might not love, we start to wonder whether we’ll want it in the future and imagine how sad we’ll be that we didn’t take the opportunity to get it when we could.

You can use scarcity in your marketing in a variety of ways. A limited-time offer is a great way to introduce a sense of urgency to a deal. The same is true of a limited edition product. A lot of sales pages mention that the price being offered won’t be available forever and some even display a countdown clock.

The frequency illusion is sometimes referred to as the Baader-Meinhof phenomenon. It refers to a cognitive bias that makes us believe that a thing is occurring frequently simply because we notice it. A good example is when you learn a new word and suddenly it seems to be everywhere. The word isn’t being used more frequently than it was before. All that’s changed is that you now notice it.

One of the best ways to use the frequency illusion in marketing is with retargeting. Brand recognition is all about repetition. When someone visits your website, you can target them with ads on Facebook or Google. Each time they see your company name, it creates the frequency illusion and suddenly your brand is everywhere. The more familiar your brand is, the more likely people are to choose you over your competitors.

Have you ever had the feeling of not wanting to give something up even when it no longer serves you? That’s a cognitive bias known as loss aversion and it’s something that affects us all. It’s closely related to something called the sunk costs fallacy, which encourages us to keep putting money into something even when it hasn’t delivered the returns we expected.

Loss aversion can be used in marketing by offering something free at the end of a webinar. Even when people might want to leave the webinar, they have already received the freebie you’re offering – at least in their minds. They don’t want to give it up, so they keep watching.

Rewards programs can work the same way. They encourage people to come back and buy from you repeatedly because they want the free product or reward they’ll get at the end. Quizzes can also be an effective way to learn about your audience and trigger loss aversion.

The human brain is always fascinating and it’s highly susceptible to Jedi mind tricks like the ones we’ve explained here. If you want to attract more subscribers and customers, harnessing the power of cognitive biases is a good way to do it!

Give us a call here at Outsourced Marketing to talk about other ways to boost your marketing efforts!

Ian Cantle is the President and Marketing Strategist at Outsourced Marketing. His 20+ years in marketing and communications in a variety of industries have provided him with a unique perspective on what works and what doesn't in marketing. Ian founded Outsourced Marketing to fill a gap in the marketplace between businesses and sound marketing strategies and marketing systems. His goal is to take the mystery out of marketing and show business owners how a systematic approach to their marketing can provide exceptional results while easing the burden on them.


Want to discover the Outsourced Marketing difference? Book a free discovery call or call us at 905-251-8178.